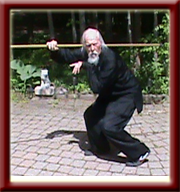 Mike Barry is a well respected Sifu in the Chinese martial arts community both nationally and internationally. He was on the original executive board of the famed North American Chinese Martial Arts Federation and served for 6 years as Regional President and Executive Board Member for the USA WuShu / Kung Fu Federation.

Sifu Mike progressed from an amateur boxer and Karate fighter in the early 60’s to licensed semi-pro full contact trainer in the mid-70’s operating out of San Diego, Ca. Sifu Mike started his Kung Fu training in 1972. Mike received formal Sanshou training and certification at the University of Shanghai in 1995 and has officiated at two World Tournaments. He is an active member of the JOW GA Kung Fu Association and has performed at numerous Masters exhibitions at home and abroad, while continuing to referee at major Chinese martial arts tournaments throughout the country. 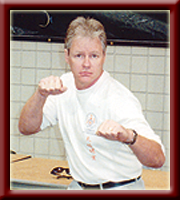 He is a retired Naval Officer and submariner, holds a B.S. degree in Ed. from Southern Illinois University, and has taught continuously in Southern Maryland since 1981
• Shaolin Northen 8-step hand form
– Time TBD